OREM, Utah, May 11, 2022 (Gephardt Daily) — The U.S. Attorney’s Office in Utah on Wednesday announced the sentencing of an Orem man to 63 months in prison. He, and several codefendants were also ordered to pay restitution of  $8.4 million to victims.

The sentence came after Jeffersonking Anyanwu, 34, pleaded guilty in connection with facilitating a romance scheme involving more than 350 victims. Anyanwu was also ordered to serve three years of supervised release.

Anyanwu “and his codefendants allegedly took more than $8.4 million from more than 350 victims, many of them elderly,” says a statement provided by the office, adding that he “worked with coconspirators in the United States and in Nigeria, and used social media to create online personas to use in ‘romance scams.’ Romance scams involve creating fake online personas to ensnare victims susceptible to online friendships.”

The fake personas were usually males in the 55- to 65-year-old range, and appeared to target widows, divorcees, or women in troubled marriages, the statement says. Victims were said to be targeted through social media sites, dating sites, and online games such as word searches or word puzzle games.

“Several kinds of imposter personas were employed. Often, they employed the identities of real U.S. generals. The imposters convinced the women that they were stationed overseas, intended to marry the women, and had significant assets overseas. They also convinced the women that they could not access their assets or leave the foreign station unless the women advanced them funds to be used to release their assets and obtain secure travel.”

The romance scams in the scheme also included imposters posing as businessmen located abroad on oil rig platforms or constructing pipelines.  The imposters would convince the women that the imposters were romantically interested in the women, but they could not leave until they finished the pending project, the statement says.

“They would then convince the women to help advance funds to help complete the project, assuring the women that it was a safe and secure investment that would be returned to them.”

The romance scams also involved efforts to impersonate celebrities. The imposters would encourage women to advance funds for a celebrity-meet-and-greet, a celebrity’s charity, or to help the celebrity while funds were tied up in a divorce.”

To collect money from the victims, the imposters (largely overseas) turned to coconspirators whose location would not trigger suspicion, the statement says. These coconspirators would provide U.S. bank accounts and addresses to be relayed to the victims to help convince them to send money.

“In addition to Anyanwu, five other defendants have pleaded guilty and received sentences,” the statement says.

The case remains pending against two other defendants.

Special Agents from the FBI conducted the investigation. The indictment in this case was one of several resulting from an investigation by the FBI’s Provo, Utah office into romance scam and money laundering activities. 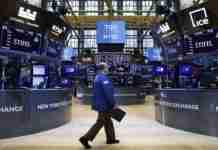