SALT LAKE CITY, UTAH – September 15, 2015 (Gephardt Daily) – Chairman of the board and the former president and acting CEO of the Utah-grown company Overstock.com, Jonathan Johnson (R) has announced his 2016 bid for Governor of Utah.

“I am ready to lead Utah. Hire me as your next governor. I am the leader who has a bigger vision of a brighter future for the State of Utah,” said Johnson during his Utah GOP Convention & Announcement Speech.  “I ask that you spend the next many months getting to know me. Put me through a rigorous interview process. I am confident you will see that my candidacy represents the difference between having someone who leads and someone who merely manages.”

During Johnson’s speech he called for a series of debates to be held “often and throughout our state” beginning in October to help voters evaluate the candidates. “Frankly, every Utahn deserves a side-by-side, straightforward discussion from the candidates on the critical issues Utah faces,” said Johnson. “I am ready to lead Utah. Hire me as your next governor – because it’s time for us to act like Ronald Reagan, paint with bold colors and hire a leader who has a bigger vision of a brighter future for the State of Utah.”

Some of the key topics Johnson wanted placed up for debate were improving education, preserving states’ rights, becoming fiscally self-reliant, and preparing for Utah’s continued growth but said these are only four of many issues we should discuss during the hiring process for Utah’s next leader. Johnson asked convention attendees to text a number voicing their support or opposition to the debates.

“During the months ahead I will do what I’ve been doing this past year – traveling the state – reaching out to you and your neighbors – listening to your concerns and your ideas about the future of our families, our neighborhoods and communities,” said Johnson. “I will also be sharing my ideas for how we can take Utah from good to great.”

Johnson said he believes Governor Herbert has served Utah with integrity but now government needs to move at a faster pace. “Many times our government just keeps doing the same old things, and improvement comes too slowly,” said Johnson. “The state has some serious future challenges and the Legislature needs a partner in the governor’s office to accomplish a great many more things for the benefit of Utah families and children.” 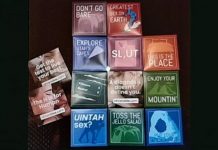 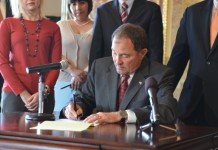 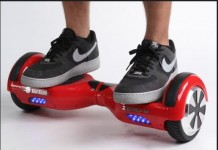