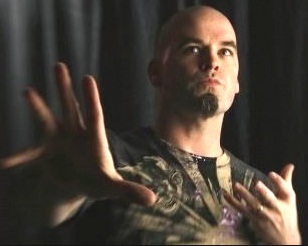 In 1984, a construction worker named Marc Smith was hosting poetry readings in a jazz club in Chicago called the Get Me High Lounge. Smith made up a gimmick to bring life to his open mike format. His idea was to match poets’ public performances against each other as if in a fight. In 1986, Smith approached Dave Jemilo, the owner of the Green Mill, a Chicago jazz club and former haunt of Al Capone, and promoted his idea to host a weekly poetry competition on the club’s slow Sunday nights. It was here on July 25, 1986, that the Uptown Poetry Slam was born.

Smith honed his idea and selected the terminology he used from baseball and bridge. The poets competed and were judged, Olympics style, on a scale of one to 10, 10 being the highest. Audience participation was highlighted, with encouragement given for the audience to yell, clap, hoot, and holler at poets and poems they liked, and to boo and heckle the ones they didn’t. The judges were just people picked randomly from the audience. His idea was for the poets to consider the audience as well as his or her personal vision, and to remind them of their responsibility to communicate effectively. The readings seemed to humanize the poetry and take it out of its heretofore hallowed academic settings to become something that was owned by everyone — even the drunk and disenfranchised. Slam poetry has it’s origins in the beat poetry movement spearheaded by Allen Ginsberg and Jack Kerouac. As of 2010, the National Poetry Slam has grown and currently features approximate

Jesse Parent is Salt Lake City’s leading Slam poet artist. Parent has been a professional improviser since 2001, first dipping his toe into the water in 1992 while in college. Parent entered the world of performance poetry in December 2006 after touring for a few years with the poetry/music/improv show he created called “The Hook.” Looking for new directions he could take “The Hook,” he stumbled upon an advertised poetry slam at Cup of Joe’s in Salt Lake City.

[/one_fourth][three_fourth_last]Since then he has tried out for and made every Salt City Slam team since 2007. In 2007, he took over the task of SlamMaster, the organizer of the poetry slam that keeps each local Slam in compliance with the national body, Poetry Slam, Inc. In both 2010 and 2011, he attended the Individual World Poetry Slam and took second place in each of those events.

Parent said: “You go to a Slam poetry reading and you’re going to see everything from really literary poetry that you would recognize in any classroom to big political rants to folks that are just pouring their story out on the stage.

“I’ve had mostly positive responses. The best possible response you can have is for someone to come up you and say ‘Your words matter’ and that’s just brilliant.”