“I was told she was 3,” Hrabal told listeners Friday in an Ogden courtroom, at a hearing for Miller Costello, 25, and Brenda Emile, 23, accused of their daughter’s aggravated murder.

“She didn’t look 3 to me,” Hrabal said. “She looked like a Holocaust victim.”

The bruised and lifeless child on the floor, wrapped in a pink blanket, weighed just 13 pounds, less than half the 30 pounds that is considered average at that age by the Center for Disease Control.

Angelina’s ribs were pronounced, and her arms and legs were thin. She had burn marks on her face and chest that had been covered with makeup, an attempt to hide the injuries, Emile would later admit.

In the first day of a hearing that will continue Monday, evidence shown also included a video of Emile taunting her daughter with scrambled eggs.

Costello said his wife would have gotten angry with him if he fed Angelina.

The couple’s other two children, a younger sister and older brother, were removed from the home by the state after their sister’s death. They did not show significant signs of abuse or starvation, and their parents can be seen in videos feeding and playing with their oldest and youngest children.

The hearing — to determine if there is enough evidence to merit a trial for Costello and Emile — continues on Monday.

Prosecutors have said this could become a death-penalty case. 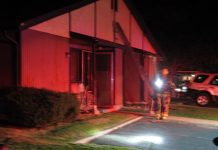