Hilton, 39, spent months in a variety of care facilities for troubled teens back in the 1990s, including Provo Canyon School in Utah County. It was her fourth experience in such a center, a place she referred to Monday as a “final stop” where physical and psychological abuse resulted in what she called “the most vivid and traumatizing memories I’ve ever experienced in my entire life.”

Hilton said the abusive treatment began as soon as she arrived at age 16. “I was given clothes with a number on the tag. I was no longer Paris. I was only number 127. I was verbally, physically and mentally abused on a daily basis. I was cut off from the outside world and stripped of all my human rights. I was not allowed to be myself, hold my own opinions or even speak. Without a diagnosis I was forced to consume medication which made me feel numb and exhausted. I didn’t breathe fresh air or see the sunshine for eleven months.

“There was zero privacy,” Hilton said. “Every time I would use the bathroom or take a shower it was monitored. At 16-years-old, as a child, I felt their piercing eyes staring at my naked body. I was just a kid and felt violated every single day.”

Hilton also spoke of being arbitrarily placed in solitary confinement. “One day in isolation felt like a week. That small room covered in scratch marks and smeared blood, with no bathroom, is one of the most vivid and traumatizing memories I’ve ever experienced in my entire life. Children were restrained, hit, thrown into walls, strangled and sexually abused regularly at Provo. I could not report this because all communication with my family was monitored and censored.”

Those traumatic memories haunted Hilton for years, until she went public with her story in the 2020 documentary, “This is Paris.” The critically acclaimed effort gathered former students who recounted their own terrifying experiences at Provo Canyon School. The documentary has been viewed more than 19 million times on Hilton’s YouTube channel.

Hilton’s story has also become synonymous with the Breaking Code Silence movement, a self-described “network of survivors and activists to raise awareness of the problems of the Troubled Teen Industry.”

The Provo Canyon School has posted online statements saying they “are aware of media referencing Provo Canyon School” but “cannot comment on the operations or patient experience” as the school was sold by its previous owners in August 2000.

“What we can say” the posting states, “is that the school provides a structured environment teaching life-skills, providing behavioral health therapy, and continuing education for youth who come to us with pre-existing and complex emotional, behavioral and psychiatric needs.”

Hilton told the Senate panel the ownership change is meaningless.

“Provo Canyon School excuses their abusive behavior by saying they are now owned by a new company, Universal Health Services. U.H.S., you can’t silence me. After conducting extensive research we found out that while this facility was indeed sold after my time, the practices used and the staff employed remained, and remain today, the same. One staff member would brag to other students that she was the one who broke Paris Hilton,” she said. “This woman was employed by Universal Health Services for 20 years. She was let go this October only after my documentary premiered.

“I am proof that money does not protect against abuse,” the millionaire heiress said. “Just because a program charges high tuition or has a prestigious name doesn’t mean it’s high quality.

“The state of Utah must monitor the companies that are taking in exorbitant amounts of money from desperate people and taxpayers. People are profiting off abused children. This is not right. It’s so wrong,” Hilton said.

“I’m going to be honest, talking about something so personal was and is still terrifying, but i cannot go to sleep at night knowing that there are children enduring the same abuse and neither should you.

“I don’t know if my nightmares will ever go away, but I do know there are hundreds of thousands of kids going through this right now. Maybe if I stop their nightmares, I will stop mine, too.” 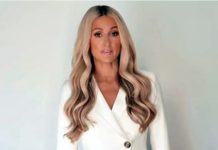