PARK CITY, Utah, July 27, 2021 (Gephardt Daily) — Park City Fire District has offered thanks to the firefighters and Park City citizens who showed up for a “welcome home” tribute for Fire Chief Paul Hewitt, who died Friday in Oregon while on vacation with his family.

Another memorial is scheduled for Thursday.

“Thank you to all who helped with the escort and those that showed support for the family along the way,” a PCFD Facebook post on the first tribute says, adding “#respect #thankyou #family.”

“Thank you all for your service to your Chief and most importantly to your community. My heart is with each member and family of the PCFD,” one says.

“What a great tribute to a wonderful man who died way too young. I’m so sorry,” says another.

“Love and strength in such a difficult situation,” wrote a third of the more than two dozen who shared comments. “He would of been so proud!”

“OMG!!! I am completely heartbroken,” wrote a fourth. “I had spoken to him just before he left as I was heading out of town and am just now finding out about his passing. Absolutely crushed. A great man and even greater neighborhood friend.”

“Chief Hewitt passed away Friday in Eugene, Oregon, hospital, four days after being critically injured in a UTV accident. Chief Hewitt was on vacation with his family at the time of the accident.

The department plans a larger memorial service, open to the public and all who care to attend, at 5:30 p.m. Thursday at the Eccles Center, 1750 Kearns Blvd., Park City. 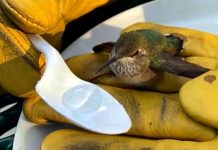 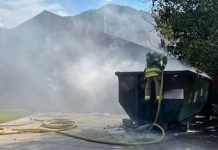