PARK CITY, Utah, Sept. 16, 2020 (Gephardt Daily) — A Park City man who allegedly claimed to have access to millions of N95 masks made by 3M, and who allegedly lied in an effort to sell them, is charged with wire fraud in an indictment unsealed Tuesday in Salt Lake City.

John Anthony Taylor, 46, did not have the masks, nor was he an authorized representative of 3M, a statement from the Department of Justice Utah said. Taylor attempted to sell the masks to an undercover FBI agent, charging documents allege.

“Rooting out pandemic-related fraud is one the highest priorities for the Department of Justice and my office,” U.S.
Attorney John W. Huber says in the newly released statement.

“Experienced investigators and prosecutors are dedicated to holding accountable those who would use this challenging environment to pad their own pockets.”

Taylor is the founder and owner of Positive Marketing, LLC and Wasatch Promotional Products, LLC, the statement says. 3M Company is Delaware Corporation with its principal place of business in St. Paul, Minn. 3M sells a wide range of products, including N95 masks.

According to documents filed in court, in April 2020, the FBI in Houston, Texas, was contacted by an attorney representing a medical company concerned about an entity purporting to have access to one billion 3M N95 masks, the DoJ Utah statement says. At the time, publicly available information indicated the global production numbers of N95 masks was well below a billion a month.

“The FBI opened an investigation that ultimately resulted in an introduction to Taylor in Utah,” the statement says. “According to charging documents, an undercover agent made contact with Taylor and asked for documents proving Taylor actually had the masks. Taylor sent an email with a fake purchase order from 3M. 3M has confirmed it has no relationship with Taylor.”

According to the indictment, Taylor made a variety of other alleged false representations as a part of his scheme including:

Taylor was initially arrested on a complaint and had an initial appearance in federal court in Salt Lake City on May 4, 2020, the DoJ statement says. He was released on special conditions of supervised release.

He was arraigned on the indictment Tuesday and entered a plea of not guilty to the wire fraud charge. A three-day trial is set for Nov. 23 of this year before U.S. District Judge David Sam.

The potential maximum penalty for the charge in the indictment is 20 years in federal prison, the statement says. 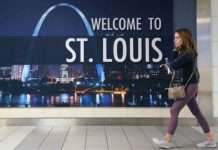 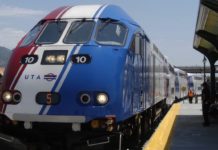