PARK CITY, Utah, Nov. 14, 2017 (Gephardt Daily) — A number of schools in Park City were placed on lockdown and lockout Tuesday morning after a student said he spotted a man brandishing a handgun near the grounds, officials said.

Authorities responded at approximately 9:30 a.m. to a suspicious incident involving a man with a handgun in the field between Park City High School and McPolin Elementary School, according to a news release issued by the Park City Police Department and the School District.

Following district procedures, when a lockdown occurs on any campus on Kearns Boulevard, the other schools go into lockout. Law enforcement teams were dispatched to each school to ensure student safety.

The lockout at all schools was lifted by police at 10:12 a.m., and all schools are back to normal operation.

“Police remind parents to follow district protocol and stay away from the schools until law enforcement deems the area safe,” the news release said. “Park City Police and district officials thank the student who utilized the ‘see something, say something’ protocol to report suspicious activity to officials.”

The Park City Police were assisted by the Summit County Sheriff’s Office and Utah Highway Patrol.

A lockdown is slightly different from a lockout in that the latter recovers all students from outside the building, secures the building perimeter and locks all outside doors. This is implemented when there is a threat or hazard outside of the building. A lockdown is a classroom-based protocol that requires locking the classroom door, turning off the lights and placing students out of sight of any corridor windows. 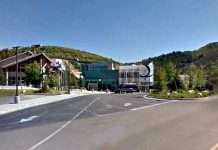 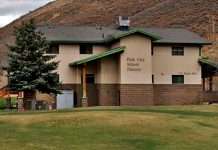