PARK CITY, Utah, Nov. 30, 2021 (Gephardt Daily) — The Park Record is being sold by its parent company to a publishing chain that already owns three newspapers in Utah.

Swift Communications sold the Park Record to Ogden Newspapers, based in Wheeling, West Virginia. The deal for Park City‘s Park Record is expected to close on Dec. 31, according to an article published on the Park Record’s website.

Ogden Newspapers already owns dailies the Provo Herald, in Provo, and the Standard-Examiner in Ogden; and weekly The Pyramid, in Sanpete County’s Mount Pleasant.

Robert Nutting, CEO of Ogden Newspapers and The Nutting Company, was quoted in the Park Record story:

“We are the proud successor owners of a great newspaper in The Park Record that has served its community so well for decades,” Nutting said. “The Park Record has a legacy of strong local journalism that we are privileged to continue.

“We are particularly excited to be working with a team at The Park Record that has been recognized as an innovator in community journalism. We’re sure we will learn much from the dedicated employees who will be joining our team.”

The Park Record has served Summit County since 1880, and was purchased by Swift Communications in late 2015. 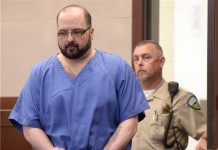