NEW YORK, Oct. 13 (UPI) — In response to a major controversy that threatens to take away its federal funding, Planned Parenthood on Tuesday announced it will no longer receive “reimbursement” when it donates fetal tissue — a practice that lies at the heart of the current scandal involving the birth control organization.

Planned Parenthood President Cecile Richards, who testified before the House Oversight and Government Reform Committee last month, sent a letter announcing the policy change to the director of the National Institutes of Health on Tuesday.

“Our role in fetal tissue research is an extremely small part of what we do. In fact, just 1 percent of our health centers currently facilitate tissue donation for fetal tissue research,” Richards wrote. “The outrageous claims that have been made against Planned Parenthood, which have been widely discredited and debunked, are the worst kind of political interference in women’s health.

“The real goal of these extremists has nothing to do with our fetal tissue donation compliance process but is instead to ban abortion in the U.S. and block women from getting any health care from Planned Parenthood,” she added. “Today, we’re taking their smokescreen away.”

Richards said that “smokescreen” focuses on a 1993 law that has permitted Planned Parenthood to receive financial compensation to cover the cost of procuring the tissue from aborted fetuses. Even though receiving payments is legal, Richards wrote, the organization has decided it will no longer accept them going forward.

“In order to completely debunk the disingenuous argument that our opponents have been using — and to reveal the true political purpose of these attacks — our federation has decided, going forward, that any Planned Parenthood health center that is involved in donating tissue after an abortion for medical research … will not recover reimbursements permitted by the 1993 law.”

Planned Parenthood has been under fire for weeks following the release of several edited “undercover” videos which purport to show organization personnel discussing the sale of fetal tissue. The videos were released online by anti-abortion activist David Daleiden, and have sparked widespread controversy.

Republican members of Congress have since called for the stripping of federal funding for Planned Parenthood — a move that was even attached to a critical spending bill needed this month to keep the government operating, and which nearly resulted in a federal shutdown.

Last week, Democrats accused House Oversight Committee Chairman Jason Chaffetz of hiding “unedited” footage that was used to make the “undercover” videos — which was allegedly provided by Daleiden. However, Democrats said they were not given a copy of the footage, as required by subpoena.

Rep. Chaffetz, R-Utah, said he plans to set up a viewing room for Democrats to view the footage. It wasn’t clear whether the footage Chaffetz received was truly unedited, though. Video Daleiden posted online was reportedly determined to be altered by forensic investigators.

Democrats believe the unedited footage will clear Planned Parenthood of any wrongdoing.

“Our decision is first and foremost about preserving the ability of our patients to donate tissue, and to expose our opponents’ false charges about this limited but important work,” Richards’ letter said.

In closing, the Planned Parenthood chief requested the NIH create a panel to evaluate fetal tissue donation — saying she believes many Americans don’t fully appreciate the value of such research.

“There is now proposed federal and state legislation to ban fetal tissue donation for research. I believe these public policy proposals would benefit from the expertise from NIH and medical and ethical leaders, and I again encourage you to develop a deliberative process to ensure that Congress and state legislatures have the benefit of such guidance and recommendations,” her letter said. 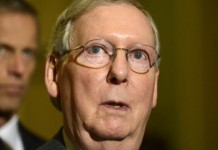 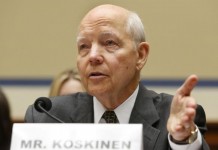 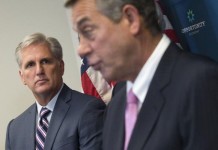 House Speaker John Boehner Announced An Election For His Replacement Is Scheduled To Take Place Oct. 8.