PLEASANT GROVE, Utah, Dec. 2, 2020 (Gephardt Daily) — A Pleasant Grove man has been arrested after a 2-year-old child he was babysitting was found with bite marks and excessive bruising.

A probable cause statement from Utah County said David Ramirez, 31, is facing charges of:

On Nov. 16, the arresting officer responded to Primary Children’s Hospital in Salt Lake City to investigate a possible child abuse incident that reportedly occurred at a residence in American Fork sometime between Nov. 14 and Nov. 15.

It was reported to Division of Child and Family Services that the 2-year-old victim had bruises on his abdomen, hip, extremities, and face as well as his genitals, the statement said.

The victim’s mother told the arresting officer that she had gone to work Saturday evening at approximately 6 p.m. and did not get off work and arrive back home until sometime between 12:30 a.m. and 12:45 a.m. on Nov. 15. The victim’s mother said while she was at work, the victim was being watched by Ramirez, who is in a position of trust with the child.

The suspect said that while watching the victim he and the victim had been wrestling and “playing dinosaurs,” the statement said.

The child’s mother then texted Ramirez and sent him pictures of the victim’s injuries and continued asking the suspect to tell her what happened. In the text conversation Ramirez replied: “I honestly thought we were having fun.”

Later in the text conversation Ramirez informed the victim’s mother that while watching the victim the night before, the victim “slipped in the shower before bed” and bumped his head.

After speaking with the victim’s mother, the arresting officer spoke with the attending physician at the hospital, who described the victim’s injuries as “textbook child abuse injuries.”

A subsequent examination of the victim at Safe and Healthy Families on Nov. 17 found the injuries to the victim were most likely sustained sometime within the 72 hours prior and further stated that the bruising observed on the victim was excessive and “not consistent with normal childhood injuries from exploration or play,” the statement said.

The doctor went on to state that to a reasonable degree of medical certainty, the injuries sustained by the victim were consistent with physical abuse.

Ramirez has previously been convicted for disorderly conduct, theft, domestic violence, and assault related offenses in Utah County dating back to 2009.

He was transported to Utah County Jail, where he is being held without bail. 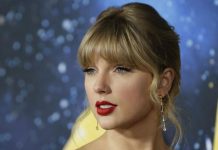 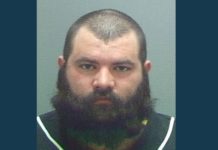