An Orem officer initiated a traffic stop on a white Toyota Tundra in the area of 597 N. State St., the statement said.

“The vehicle failed to stop, which lead to a pursuit,” the arresting officer wrote. “The vehicle traveled at a dangerous speed throughout the residential neighborhoods. At 180 N. 1150 West, the vehicle made a U-turn, hitting a vehicle parked on the side of the road. After making a U-turn, the Tundra still failed to stop at the command of a police officer, hitting my patrol vehicle, while my patrol car was stationary and I was in my vehicle.”

After hitting the patrol vehicle, the suspect stopped his vehicle. He was subsequently identified as Mario Luis Hernandez.

It was found that Hernandez was driving on a suspended driver’s license, the statement said. He was also driving without an interlock device, which is required due to his license being revoked due to an alcohol offense.

“Upon searching Mario’s vehicle, officers found a meth pipe in the middle counsel,” the statement said. “Officers also found a scale, with little empty plastic baggies. The scale had white and brown residue. The residue field tested positive for meth and heroin.”

Hernandez is facing charges of:

The suspect was transported to Utah County Jail where he is being held without bail. 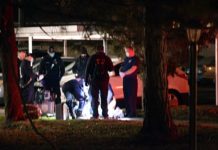 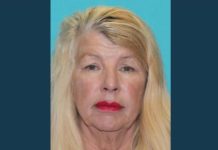 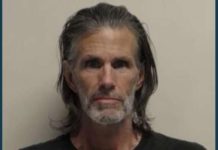