PLEASANT GROVE, Utah, Aug. 24, 2020 (Gephardt Daily) — A Pleasant Grove woman has been arrested after allegedly dragging a man with her car after burglarizing his vehicle.

A probable cause statement from Utah County said Jessica Sheridan Ashton, 38, is facing charges of:

The incident occurred Friday at approximately 11:35 a.m. in the area of 30 S. 350 East in Orem. The arresting officer responded to a hit-and-run accident involving a pedestrian.

“The victim advised he came out to his vehicle and found a woman rummaging through it, later identified as Jessica Ashton,” the statement said. “The victim confronted her and when doing so he observed the keys to his vehicle in her hand and his wife’s credit card sticking out of her bra. The victim grabbed the keys from the female as well as the credit card, and the two got into a small tussle.”

Ashton then began to run to her own car and the victim grabbed her, the statement said.

“Jessica then put her vehicle in reverse, causing the victim to be dragged a short distance. Jessica then left in the vehicle southbound on 350 East. The victim advised the female was Hispanic, with dark hair, and she was driving a white 4-door sedan, and he advised there was a black scuff mark on the driver door.”

A witness also saw the incident and was able to get the first three digits of Ashton’s license plate.

“Shortly after arriving to this call, another caller called into 911 and advised a female, later identified as Jessica, entered her home at 54 W. 300 South,” the statement said. “Jessica asked to use her phone. The caller allowed her to use her phone but told her to get out of her house. While Jessica was on the phone, the caller stated she heard Jessica state, ‘I have the cardboard.'”

“Jessica later advised the plate was on the vehicle she was driving, but she took it off when she arrived at this location,” the statement said. “Jessica gave consent to officers to search her belongings. While searching her belongings, officers located an unused syringe.”

While transporting Ashton to jail she began having a seizure, the statement said. She was cleared by paramedics on scene, but she was transported to Timpanogos Regional Hospital for a medical clearance. While at the hospital Ashton requested to use the restroom. An officer checked the bathroom prior to her using the restroom. After she exited, the bathroom was checked by officers. Inside of the small trash compartment on the wall, officers allegedly located a small piece of tinfoil with burnt residue, commonly used to smoke heroin.

Ashton was transported to Utah County Jail with her bail set at $7,500. 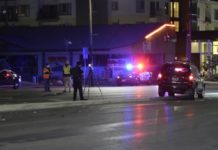 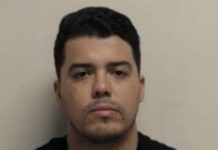