“We have great news from this evening’s status update!” the Facebook post begins. It then outlines the progress on the fire:

The post includes an interactive map for the Pole Creek and Bald Mountain fires, created by the Incident Management Team, that can be accessed  at http://bit.ly/PoleCreekMap.

“Thanks to reduced winds today, aerial attack was heavily utilized on the #BaldMountainFire, specifically in the northwest corner near Payson, Elk Ridge, and Woodland Hills. Both retardant and water were utilized in these suppression efforts. Firefighters are making good progress.”

According to Monday night’s update on InciWeb, the projected outlook for fire activity is:

Efforts to bring this fire under control will include: 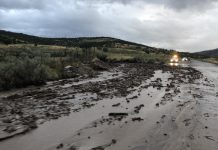 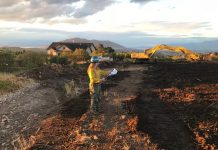