Officers received the report of the vehicle burglary in the area of 14600 S. Gallatin Lane at approximately 4 a.m., Draper City police said in a news release.

“Responding officers saw a white passenger vehicle leave the area at a high rate of speed,” the news release said. “The driver did not stop for officers.”

While evading officers, the driver crashed his vehicle into a curb in the area of 14070 S. Bangerter Parkway, the news release said.

The driver was located hiding in the area and was taken into custody without incident. He has been identified as Michael George Galespy, 24. He will be booked into the Salt Lake County Jail on numerous charges, officials said. 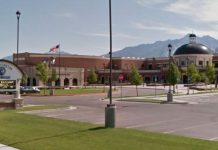 Hunting and trapping is not allowed within the Draper City limits 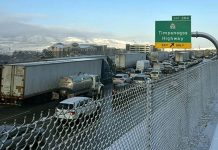 UHP: Drivers asked to avoid NB I-15 between Lehi and Draper after crash spills 1,500 gallons of crude oil