SALT LAKE CITY, Utah, Sept. 11, 2022 (Gephardt Daily) — The Salt Lake City Police Department has released the name of the 17-year-old boy shot and killed in what detectives are investigating as a possible gang-related shooting.

“On Saturday, detectives with the SLCPD Gang Unit and Homicide Squad spent the day speaking with witnesses and canvassing the neighborhood where the shooting occurred looking for additional witnesses and evidence related to this case.”

This investigation is progressing, the police statement says, “but detectives are still asking anyone with information on this case to come forward.”

Detectives are still trying to confirm whether this was a gang-related shooting, based on information developed so far in the investigation, the Sunday statement says, adding “No arrests have been made.” 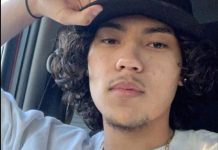