MURRAY, Utah, Sept. 29, 2021 (Gephardt Daily) — Police in Murray are investigating an early morning shooting which claimed the life of a 22-year-old man.

Officers from multiple agencies were called to the scene near 125 E 4800 South about 1:50 a.m., said a news release from Murray Police Department.

When first responders arrived they found a man who had been critically wounded.

The shooting victim was taken to Intermountain Medical Center where sources close to investigation say he was pronounced dead a short while later.

Police set up a wide containment area but have yet to make any arrests. The suspect is unknown at this time; however, investigators believe the victim and suspect knew each other. 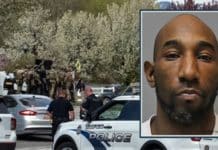