According to a statement released by the University, the assault took place between 8:30 and 9:30 p.m. Wednesday night.

Police are searching for two suspects in the case who allegedly assaulted the woman while she was on her way to meet someone on campus. It was then, the U of U statement said, that “two unidentified males approached from behind a dumpster and proceeded to sexually assault the victim.”

The University of Utah’s full statement, which was posted on social media early Thursday morning, is as follows:

On Thursday, February 4, 2021, just after midnight, the University of Utah Police Department received a delayed report of a sexual assault that occurred on campus between 8:30-9:30 p.m. on February 3. The report came from a University of Utah healthcare worker to the police. The victim was on their way to meet someone on campus and reported that two unidentified males approached from behind a dumpster and proceeded to sexually assault the victim. The victim is not affiliated with the university. University Safety crisis support specialists are working with the victim. Police are continuing to investigate the situation and anticipate providing an update to the campus community before noon on February 4.

The University is expected update the investigation later Thursday. 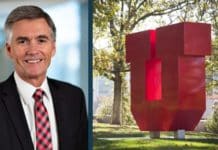