MIDVALE, Utah, June 12, 2019 (Gephardt Daily) — One person is in serious condition and two others were injured after a robbery and stabbing in Midvale early Wednesday morning.

Officials said three adults said they were walking in the areas when at least five Hispanic men, all dressed in dark clothing, approached them on foot.

The suspects allegedly robbed them and stabbed one of the men in the back with an unknown object. He was taken to an area hospital in serious condition.

The other two victims were punched and kicked but did not need to be transported to the hospital, officials said.

The attackers stole a cellphone as well as a backpack, wallet and cash. 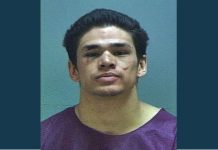