TAYLORSVILLE, Utah, Jan. 12, 2016 (Gephardt Daily) — Unified Police detectives are looking for a suspect caught on a surveillance recording while stealing a package off a Taylorville home’s porch on Monday afternoon.

Bell said the man showed up a couple hours later, took the package off the porch and left in the white vehicle parked behind him.

Anyone who recognizes the suspect or his vehicle may call Unified Police dispatch at 801-743-7000. 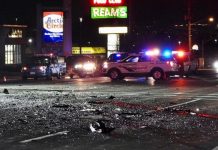 Update: One dead, one critically injured in suspected DUI crash in Taylorsville 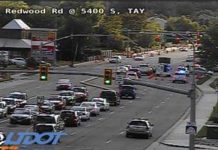