TAYLORVILLE, Utah, Dec. 18, 2018 (Gephardt Daily) — A man was booked on voyeurism charges after Unified Police officials said he took photos of strangers while in the restroom of a Taylorsville Walmart.

Ramone Juares Suares, 26, was booked into the Salt Lake County Jail on suspicion of one count of voyeurism by electronic equipment concealed or disguised, a class A misdemeanor.

A probable cause statement was filed by a UPD officer.

“On 12/13/18, I was dispatched to the Walmart in Taylorsville on a miscellaneous sex offense,” the statement says.

“Complainant said that he caught Ramon Suares taking pictures of other males using the restroom, from under the stalls.

Suares was released on his own recognisance after agreeing to return for a court appearance. 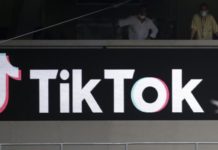 Oracle, Walmart team up for deal to purchase TikTok