Cottonwood Heights Police told Gephardt Daily the weapon was fired inside a home after a fight broke out.

The man who fired the shot, said to be a visitor, ran from the residence, spawning a large containment effort.

A search of the area, around 2300 South and Fort Union Boulevard, failed to locate the suspect, described only as an adult male wearing a gray hoodie. Police said they do have the man’s name, but have not released that information. As of 4:30 p.m., the suspect remained at large. 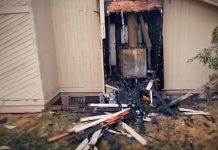 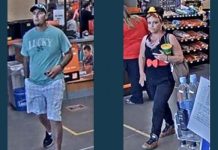