James A. Dunning has been three felonies in the case. His bail was set at $1,000.

A probable cause statement filed by an officer of the BYU Police Department says that the shots were fired at about 10:07 p.m. Sunday.

“A white Nissan Rogue drove past a small group of students outside a building at Helaman Halls on BYU Campus,” the statement says. “Several shots were fired by someone inside the vehicle with a CO2 BB bun pistol. Three students were struck by projectiles. One of the victims was struck in the head, three inches above his ear, and the projectile penetrated his skin, which required medical treatment to remove.”

The officer’s statement says the driver of the car carrying Dunning and three other passengers “was concerned that Dunning may have hit someone when he shot the BB gun and turned around to drive past the area to check. They returned to the building where the shooting had taken place and noticed a group had gathered in the area. Someone from the group approached the car and reported that someone had just been shot and injured by a BB gun.”

The driver was concerned, the statement says, “but Dunning did not want to report the incident and they left the area.”

The people in the car were latter interviewed by officers.

“Each of the participants said that the gun was owned by James ‘Jamie’ Dunning and that Dunning had been the one who fired the BB gun at the victims through the open car window,” the police statement says.

“The driver of the car said that he yelled at Dunning and told him to stop. Dunning was indifferent about shooting a BB gun into a group of people and not concerned by any possible injuries that may have been caused from his actions. One of the occupants of the vehicle stated that earlier in the evening Jamie had used the same BB gun and caused injuries to his legs multiple times, breaking the skin and causing the wound to bleed.”

Dunning agreed to meet the officer at the police station, the probable cause statement says.

“He was advised of his Miranda rights and stated that he understood his rights and was willing to talk to me,” it says. “Dunning admitted that the BB gun was his and that he had purchased it at Cabela’s. Dunning further admitted that he was the one who shot the BB gun at several groups of people at Helaman Halls. Dunning also said that the group had learned a few minutes later that he had injured someone in the shooting but none of them wanted to report the incident to the police.”

Dunning was arrested and booked into the Utah County Jail. 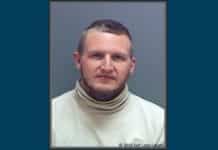 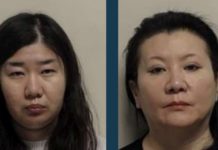