OREM, Utah, May 20, 2019 (Gephardt Daily) — An Orem man was arrested and booked into the Utah County Jail on Saturday for allegedly threatening to kill employees of YouTube.

According to a probable cause statement filed in Provo District Court, 35-year-old David Levon Swanson was arrested and charged with second-degree felony threat of terrorism after Orem police were made aware of several threats he had made toward YouTube.

The first threat Swanson reportedly made was on Sept. 5, 2018, when he posted a comment on a YouTube video, “Logan Paul & KSI Copyright Takedown,” stating “The only thing that comes after the death of YouTube is a funeral for all the executives that were rightfully murdered.”

On Dec. 6, 2018, the probable cause statement says, he posted a comment on a YouTube video titled “What happens if you tell Google to kill itself?”

That comment stated “Google, amazon, facebook, twitter…all very happy to kill themselves, by falling for leftist ideology (religion). Their only hope of not getting their executive teams slaughtered (by gun) is to clean up their act and start following the spirit of the US Constitution.”

On April 30 of this year, he reportedly posted two threats on the same YouTube video, titled “Ending the Subscribe to Pewdiepie Meme.”

Swenson’s first post on April 30 stated: “It’s actually because the goons at YouTube think their ideology has won another victory. They see Pewds as someone that is moving further away from the religion they believe in (Leftism) and bringing millions with him. I’m not saying YouTube employees need to die, but I know they are at least as evil as any of the worst groups in history because their hearts are evil and they happen to be wielding the weapon of the power of speech. They won’t last much longer.”

His second post that day, according to the probable cause statement, said in part: “…Get woke go broke, and when I visit your campus in two weeks I’ll be able to shoot any employees exiting, from the convenience of my car, because the First Amendment allows me a right to do so.”

Orem officers went to Swanson’s home on Wednesday and Swanson let them come in and interview him, according to the statement.

He admitted to posting the comment “When I visit your campus in two weeks I’ll be able to shoot any employees exiting…,” but claimed that he meant shooting video or taking photos, the probable cause statement says.

“David then admitted this was a play on words and that the play on words was ‘Obviously combining the idea of a campus shooting and a filming of a campus,’ clearly distinguishing between the two.”

He also reportedly admitted that he knew YouTube employees had been shot last year in their San Bruno, California, headquarters.

He also admitted, the statement says, that he drove to the Bay Area in California with a firearm two weeks after posting the comment.

Swanson was released from jail Sunday after posting bail in the amount of $100,000. 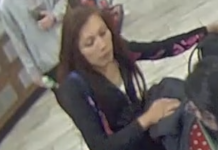 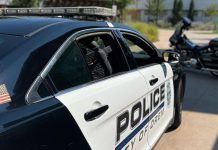 Man, 18, charged with attempted murder in shooting at Orem apartments