ROY, Utah, Aug. 11, 2019 (Gephardt Daily) — Police in Roy are searching for two suspects after an armed robbery in Roy in the early hours of Sunday morning.

Two men entered the store, one armed with a shotgun, and demanded money from the till, Gwynn said. After being given an unknown amount of money, they also took items including cigarettes.

At some point during the robbery, the clerk was hit across the side of the face. It’s not known whether the clerk needed to be transported to the hospital.

The suspects then fled from the store, though it’s unclear at this time whether they left in a vehicle or on foot.

Gwynn said a perimeter was set up and police surrounded what was thought to be the residence the suspects fled to, in the area of 2179 W. 5700 South. However, it was found the suspects were not at that address, and they are still outstanding.

The first suspect is described as wearing a blue hoodie pulled over his head, black pants and white shoes. The second suspect was wearing white shorts, a blue and white plaid flannel shirt and black shoes, with something covering his face. It’s not clear at this stage which of the suspects had the shotgun.

Anyone with information on the robbery or the suspects is asked to call Roy City Police at 801-774-1011. 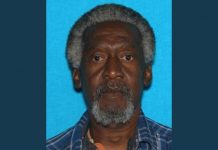 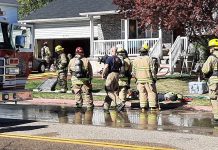 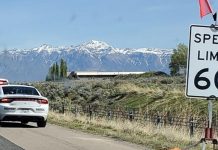