WEST JORDAN, Utah, Jan. 25, 2018 (Gephardt Daily) — The West Jordan Police Department is asking for the public’s help to identify at least two suspects accused of trying to blow up an ATM machine.

The WJPD said this attempt is the third of its kind this month in which suspects have tried to blow up an ATM by exploding a propane tank.

Surveillance photos show at least two suspects, one in the driver’s seat and one in the rear passenger seat. The suspects pictured are both wearing hoodies and masks. The car is red and an older model with some rust on the roof.

A Facebook post from the WJPD Thursday morning said: “It is smart to invest in retirement for later years in life. It is smart to live within your means. It is also smart to try and obtain and keep the best employment as possible to provide for yourself and others.

The first incident occurred at the Goldenwest Credit Union on 5639 W. Highlands Loop (7625 South) at approximately 5 a.m. Jan. 7, West Jordan Police Department Sgt. Dan Roberts told Gephardt Daily. He said the suspect or suspects pumped propane into the ATM with a hose, and though the ATM did blow up, the section that contains the money was not compromised.

The suspect or suspects fled, likely in a vehicle, Roberts said, and were not located.

When officers arrived, a propane tank was found next to an ATM, with a hose running from the propane into the ATM, but it appears the suspect or suspects had left the area.

“We want to know who they are,” the WJPD post Thursday concludes. “We want to stop them from doing this again. Someone is going to get hurt.” 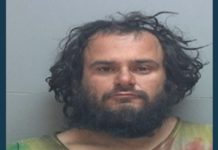