SALT LAKE CITY, Utah, Oct. 11, 2020 (Gephardt Daily) — The Salt Lake City Police Department is looking for two suspects in a shooting that occurred on Main Street at about 1:15 a.m. Sunday.

While officers were responding, they received an update that someone had been shot in the head. The victim, who was conscious, breathing and alert, was transported to the hospital before police arrived at the scene.

It turned out that the victim, who was unarmed, was the person who called 911 to report the fight. He then decided to intervene in the altercation in an attempt to stop it. That’s when a shot was fired and a bullet grazed his head.

Officers found a shell casing and blood in the road, Valencia said.

They were driving a silver Chevy SUV.

A third individual, whom Valencia referred to as a suspect, told officers on scene that he was having difficulty breathing. The man apparently was involved in the fight; however, witnesses told police that he had been physically assaulted and is a victim, Valencia said.

The investigation is ongoing, and Valencia said police don’t yet know if the incident is gang-related. 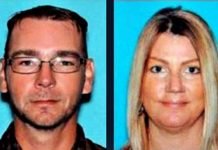