It was announced Tuesday that a homicide arrest warrant had been secured for Burciaga-Perea.

A statement Friday says: “Through extensive investigative means by Taylorsville Police Department and citizen tips, it is believed that alleged homicide suspect Manuel Burciaga-Perea returned to Mexico promptly after the shooting death of Sifuentes Castilla.

Castilla, 38, who was also known as KMRI 1550 AM radio personality Gaby Ramos, is survived by a 9-year-old daughter and an extended family. Burciaga-Perea, 34, had been Castilla’s boyfriend.

Castilla’s sister said at a news conference Monday the couple had broken up about two weeks prior to Burciaga-Perea’s fatal shooting of Castilla. The sister said she saw her sister drop after being shot, and she rushed to get the children to the back of the residence for safety.

A statement from Taylorsville police says the arrest warrant, sought by the Salt Lake County District Attorney’s Office, was issued Tuesday by the Third District Court.

“The warrant is a sealed document, and Taylorsville Police are not releasing any other information at this time to allow the U.S. Marshals Office time to chase down any leads,” the statement said. “Burciaga-Perea is suspected in the shooting death of Sifuentes Castilla, who was killed at her Taylorsville home early Sunday morning.”

Castilla’s family said Birciaga-Perea is from Chihuahua, which is the largest state in Mexico.

The family also shared some of Castilla’s story on a GoFundMe page intended to raise funds for her burial in Mexico and to help with expenses for the daughter she left behind, who will now be raised by her father in Mexico.

That page also shared the family’s hope of raising awareness of domestic violence:

“Please if you are in or know anyone that is in a domestic situation that has been or may become violent do not stay silent,” the page stated. “You are important. You are needed. You are loved. There are resources available and people that care and will listen and help.” 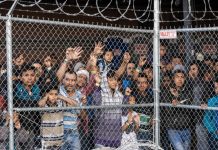