Sunset Police Chief Ken Eborn said dispatchers received a call a little after 5 p.m. Hearing only sounds in the background, dispatchers notified officers and reported what was believed to be a domestic situation.

Arriving at the home, officers learned that a man and woman were having an altercation inside and that the man had weapons in the house.

“Officers were able to get the female out,” Eborn said. “But the man sort of barricaded himself inside and said he wasn’t coming out. After a while, Davis County SWAT was called out.”

Eborn said negotiations went on for nearly five hours before the 41-year-old man “came to his senses,” and ended up tossing a rifle and a handgun out of the window and came out of the house.

“It was really cold out, and it’s a good thing he decided to finally come out, because we were at the point where we were going to have to make a decision as to what we would do,” Eborn said.

The man and woman “live together as husband and wife,” Eborn said.

“Alcohol probably was a factor in the incident, plus stresses in life,” he added. “Job worries, money. The man made verbal threats to the woman, and having guns in the house was a concern.”

No shots were fired at any time during the incident involving the couple or the stand-off with officers, however, and there were no injuries to anyone, Eborn said. 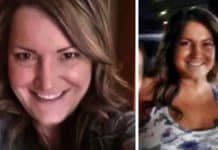 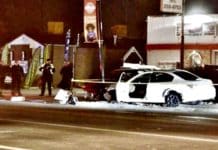