BOUNTIFUL, Utah, Jan. 31, 2019 (Gephardt Daily) — Bountiful police are planning to increase their presence at Mueller Park Junior High School on Friday, after rumors of a threat have circulated among students.

Lt. Dave Edwards, of the Bountiful Police Department, said the initial report of a threat has been investigated and found to be unsubstantiated. The case is now closed, he said.

Police will be at the school Friday, however, because the rumored threat has caused considerable concern among students.

“We want the kids to feel comfortable and know that they’re safe and secure,” Edwards said. “So they can focus on their education.”

On November 30, 2016, a ninth-grade 15-year-old student at Mueller Park Junior High came to school with a shotgun and a pistol he had stolen from his parents, and entered a classroom with 26 students and a teacher inside. The youth fired a shot into the ceiling.

The boy’s parents, who had realized that the guns were missing from their home, went to the school and were about two classrooms away when the shot was fired.

Police officials said the boy then put the shotgun to his own neck. They credited the teacher and a student with engaging the boy verbally to talk him out of hurting himself. His parents came into the room and were able to disarm him. They brought him out of the classroom and into the hallway just as the first police officer arrived.

Officials said it took a total of three minutes from receiving thirty-five 911 calls and five 911 texts before the suspect was safely taken into custody. 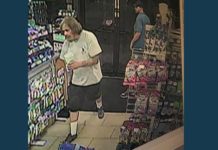