PROVO, Utah, March 22, 2016 (Gephardt Daily) — A Provo woman in labor was involved in a rollover accident Tuesday afternoon while on her way to the hospital.

Provo Police officer Nisha Hendersen said the accident happened at 1720 State St. just after 3 p.m. when the 18-year-old woman was being driven to the hospital by her partner because she was in labor.

“She asked the driver to pull over to the side of the road because she was certain the baby was coming,” Hendersen said. “The driver did not see the car next to them and cut them off. The impact forced the car to roll onto its side.”

Hendersen said there were no injuries, and the occupants said they were wearing their seatbelts. The woman was transported by ambulance Utah Valley Medical Hospital because she was in labor.

As of 6 p.m., the woman had not delivered the baby. 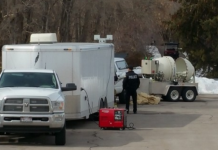 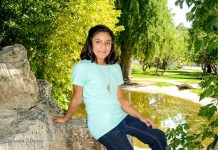