PROVO, Utah, April 17, 2018 (Gephardt Daily) — A GoFundMe page has been set up to assist a family who lost their 3-year-old daughter after a four-vehicle crash Sunday in Provo.

The deceased has been identified as Chelsea Parkinson, the Provo Police Department said in a news release Monday.

Chelsea’s 15-month-old sister, who was also in the vehicle, remains in critical but stable condition, and their parents were “moderately injured.”

The GoFundMe page, set up by the mother’s sister, reads:

“On April 15, my sister Katie, her husband Reed and their two precious girls were in a serious car accident on University Avenue in Provo. Reed and Katie were rushed to Utah Valley Regional Medical Center and Sophie was Life-Flighted to Primary Children’s Hospital. Our precious little Chelsea did not survive the accident and was reunited with her Heavenly Father.

“Due to many people inquiring how they can go about financially assisting in these unfortunate and unforeseen circumstances, we as a family are graciously welcoming any donations to assist in the medical and funeral expenses.

“We are grateful for all the love, thoughtful messages, and prayers on behalf of Katie, Reed, Chelsea, Sophie and our family.”

Previous reports had the spelling of Chelsea as “Chelsey,” however, Provo Police and the family later amended that to the former spelling.

Provo Police Detective Nick Dupaix said the accident happened at about 4:48 p.m. at the intersection of University Avenue and 3700 North.

Three cars on southbound University Avenue were stopped at the light and were waiting in the left-turn lane to go east on 3700 North, Dupaix said.

Dupaix said the occupants of that third car, a red station wagon, were Chelsea, her sister and her parents.

Later in the evening, Provo Police on Facebook said the children’s mother was taken to the hospital in critical condition, but had been upgraded to stable condition.

There was a couple in the second vehicle, which was a white sedan, and one person in a minivan, the first vehicle at the light. Dupaix said they reported some injuries, but he didn’t have any information regarding their condition or whether they were taken to a hospital.

Three people were in the truck that caused the chain-reaction crash, and they also had “moderate injuries.”

Dupaix said it appears that the truck was traveling at the posted speed of 45 mph when it rear-ended the station wagon.

On Monday afternoon, police updated, saying “the Traffic Accident Team is still working hard on their investigation and reconstructing the accident.”

Anyone who witnessed this accident is asked to call Provo detectives through Provo City Dispatch at 801-852-6210. 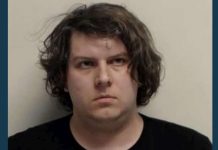 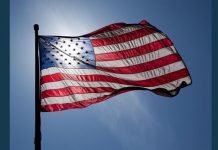