Tickets went on sale to Red Butte Garden members on Monday, April 25 online and sales to the general public began May 2.

Gephardt Daily spoke with Derrek Hanson, the executive director of Red Butte Garden, which is part of the University of Utah, about this year’s concert series.

Under his guidance, the concert series has become a highly anticipated program that provides more than 50% of the garden’s operating revenue. The garden was also the first cultural institution at the U to resume at full capacity after the breakout of COVID-19.

Hanson talked to us about what shows sold fastest this year.

“And then shows that you’re not sure how well they’re going to do sometimes surprise us, like The Psychedelic Furs, for example, it’s not sold out but the tickets, they’re way up there. We ended up selling a little over 60,000 tickets, we’ve sold 75% of tickets available for the season already, so yes, it sold very well; about 2,200 tickets a show have sold.”

Hanson said assembling the lineup each year is an organic experience. “There’s not a really strict formula to it at all. I have a partner here, Chris Mautz, [concert manager] that helps book for us and he and I have worked together for decades, so the two of us just sort of sit down and see what’s available. Sometimes we have our wish list of bands we’d like to go try, sometimes it’s relationships with agents and they will pitch bands that are touring that they think could be a good fit for us, and then as things start to confirm, that’s when we’ll start to pivot; we’ve got enough 80s music so now let’s go look for, whatever, something for a younger crowd; now we’ve got enough of those so let’s go find some classic rock. So it’s a very organic experience and it kind of depends on shows as they confirm, which direction we might pivot.”

Hanson said he was most thrilled to score two groups this year that have never performed at Red Butte before; The Revivalists and Caamp.

“The Revivalists are a New Orleans, kind of a fun, upbeat band, we’ve actually tried to get them here a number of times over the years and it finally came together this year and Caamp is kind of a folksy rock band with maybe kind a hint of bluegrass to them, but not a lot, but they’re more of an up-and-coming band. The Revivalists have been around awhile, Caamp hasn’t, they’re a newer band,” he said.

Hanson explained that the concert series began in 1987. “The first ticket I found in an old folder was for $3, it was just a string quartet, so it started like that on a very small stage, maybe 10 feet by 10 feet, very small,” he said. “Then the amphitheater itself was built, and it had a capacity of 2,500 at the time, no permanent stage, it was literally just a patio, and then we would put up a tent on top of it, and we didn’t have a green room, we didn’t have anything. We would sometimes keep the artists in the visitors’ center, we would sometimes put up a tent behind the stage and they would just stay back there, we had a like a little shower curtain in the bushes with a little table back there where some of the artists would eat and I look back at that now and think, there is no way we could have ever got any of these bands to come do something like that again.”

He said when he joined Red Butte Garden it was staging maybe 10 to 12 mostly acoustic shows per year. Then in 2007 and 2008, there was the major remodel of the amphitheater.

“Now we have a permanent stage, a permanent covering, a good sound system, and then the year after that we built our Rose House, which is the building behind the stage, and we use it as a green room and also as a wedding venue, so those two things… it opened the door to what we could potentially bring to the garden,” Hanson said.

Hanson also spoke about the other events Red Butte has going on, which include some 250 private events and weddings per year. “We have family nights and children’s programming and family programming and we pack everything we do into the nice months of the year, so we’re literally competing with ourselves at this point. There’s no more dates in the calendar.”

Hanson said he is also excited to bring back programs and events that had to be rescheduled during the pandemic. “We’re bringing our summer camps back, for kids, that we had to scale way down and cancel in 2020, our family night programming is going to pick back up, we’re starting to do in-person lectures and courses again, which has been nice, and then we’ve had a really great response with our wellness program, and we’re going to hopefully try to beef that up a bit,” he said. “I think the pandemic shined a pretty nice light on how nature can help your mental well-being, your physical well-being, and just overall is good for you, those programs have been very successful and we’d like to beef those up a bit.”

He says there is still one act that is on his bucket list to book. “We have a running joke that for 20 years I’ve wanted Steve Winwood, maybe because I know how much everybody would love that show and just for some reason it’s never worked,” he said. “We had him tentatively confirmed one year and then the Telluride Bluegrass Festival took him from us and he played there that night so we lost him the one year we thought we had him. And now he keeps touring with Steely Dan, so we don’t even get a chance because they’re playing large venues, USANA or someplace larger than us.”

Hanson also has advice to those that may be coming to a Red Butte show for the first time.

“The one thing I don’t think people realize is how chilly it gets at night up here in the canyon, even if it’s 100 degrees during the day, I tell people to still bring a jacket, and maybe wear socks, ‘cos it gets chilly at night, that’s one thing people don’t understand,” he said. “The other thing if you’re brand new to the venue, we still allow people to bring your own picnic, so sometimes people aren’t aware of that, or bring your own chair or blanket, so there are sometimes we’ll notice people show up completely unprepared for that, it only takes one time then the next time they come they’re fully prepared.” 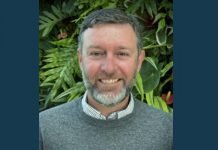 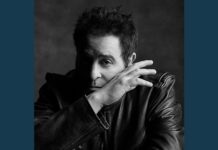 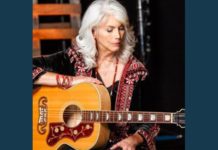