Utah, Sept. 10, 2018 (CNN/Gephardt Daily) —  Rep. Mia Love’s campaign has informed the Federal Election Commission that it will refund or redesignate less than half of what the government says was more than a million dollars improperly raised for a primary that was never expected to happen, CNN is reporting Monday morning.

According to documents reviewed by CNN, the commission sent Love a letter in August saying the Utah Republican’s campaign had violated federal guidelines about money for primaries. In Utah, candidates are not allowed to raise such funds if they have no primary, according to the FEC and experts specializing in election law. On Friday, Love’s campaign responded to regulators, telling the FEC they would refund or redesignate some, but not all, of that money.

CNN’s KFile reached out to Love, her campaign, her campaign treasurer and her campaign manager on Thursday about the contributions, but as of Monday they have not responded to requests for comment.

In April, Love secured the nomination to seek a third term for her seat in Utah’s 4th congressional district at Utah’s nominating convention. In Utah, if a candidate receives such a nomination at a convention, like Love did, then no primary is held. At no point prior to April’s convention did Love face a primary challenger or the threat of one.

But Love raised $1,153,624 and designated that money for a primary, according to the letter from the FEC to Love. Even after Love secured the nomination at the convention, she raised an additional $372,468 specifically designated for the primary that her campaign knew would not take place.

But all of the donations to Love were made more than 60 days ago. FEC spokesman Christian Hilland could not comment on the specific case, but said that violating that 60-day rule could prompt penalties.

Love’s campaign lawyers responded on Friday to the FEC, saying they would refund or redesignate contributions, but only those received after she was nominated at the convention on April 21. Love’s campaign will have to notify donors their money is being moved to be used in the general election and those donors will be able to request refunds. If primary contributions received exceeded the maximum $2,700 donation allowed for a general election, then that money would need to be refunded.

The campaign told the FEC they would not be refunding the money that it received before the convention.

It is unclear if the FEC will accept Love’s rationale for keeping the pre-convention donations or will say all the money will have to be refunded or redesignated. Working in Love’s favor is that there are currently two vacant seats on the six-seat commission, so any decision would have to be unanimous. 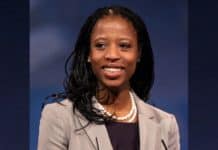 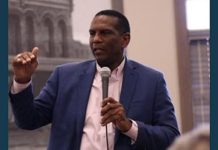