FARMINGTON, Utah, Aug. 17, 2016 (Gephardt Daily) — A woman involved in the first of two related Feb. 1 carjackings — the second of which resulted in the death of a Farmington woman who had recently returned from an LDS mission — on Wednesday was sentenced to one to 15 years in jail.

Michelle Jenny Vigil, 22, had previously pleaded guilty to two second-degree felony counts of robbery. Judge David Hamilton sentenced Vigil to one to 15 years for each count, but the sentences will be served concurrently.

Vigil admitted to carjacking a Mazda 6 in Kaysville with companion Anthony Santos Cruz, 28. Later the same day, the car broke down on Interstate 15 in Centerville, and Vigil and Cruz were approached by a police officer.

Cruz carjacked a second car, exited at Parrish Lane, and struck the car of Jazmyn Jeppson, 21, who died at the scene. Jeppson had returned six weeks earlier from a Texas/Houston mission for the The Church of Jesus Christ of Latter-day Saints.

On Aug. 10, Cruz was sentenced to serve 15 years to life in prison. 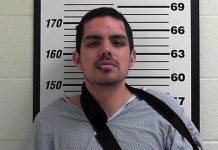