SALT LAKE CITY, Utah, Dec. 21, 2019 (Gephardt Daily) — The Salt Lake City Police Department announced the completion of a review of officers’ conduct during a July 9 incident in which people protesting Utah’s Inland Port spilled out of the City and County Building and into the building across the street that houses the Utah State Chamber of Commerce.

The review concluded that no charges would be filed against any of the officers involved in dispersing the protesters who went into the Chamber of Commerce building after staging a civil demonstration at the City and County Building, at 451 S. State St., on Washington Square.

The police department was aware of the demonstration at Washington Square and had officers in the area “to protect the First Amendment rights of those present,” the final review released by SLCPD states.

Police say they were called by management of the privately owned building, at 175 University Blvd., shortly after demonstrators entered and went up to the sixth floor offices of the Chamber, where they had a “sit in.”

More protesters also had entered the first-floor lobby of the building, and police were asked to remove them from the premises as well.

As demonstrators complied with orders to vacate the sixth floor, there were reports of some protesters committing acts of vandalism in the Chamber offices, which heightened the sense of urgency to get all of them out of the building.

Demonstrators came down to the lobby where officers were attempting to get those already there to leave, and a chaotic scene erupted when some protesters pushed back as the police tried to move them outside.

According to the final review, damage to the building was estimated at: 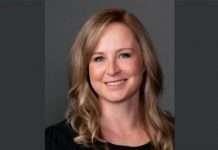