PIUTE COUNTY, Utah, Sept. 4, 2021 (Gephardt Daily) — A reward is being offered for information after nine sheep were shot to death in Piute County.

Between the hours of 8 p.m. Aug. 28 and 9 a.m. on Aug. 29, a person or persons went to a farm located south of Junction, near the cemetery, and “purposely shot and killed three head of sheep,” said a news release from the Piute County Sheriff’s Office.

Then, between the hours of 8 p.m. Sept. 1 and 8:45 a.m. on Sept. 2, the sheriff’s office received information that an additional six sheep had been shot and killed at the same location.

The sheriff’s office is seeking any information regarding the shooting of these animals, the news release said. A reward will be offered for information leading to the arrest and conviction of the suspect or suspects.

Anyone who has information about the incidents is asked to call the sheriff’s office at 435-577-2893. 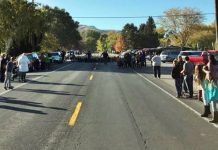 UHP gets the sheep out of Mantua 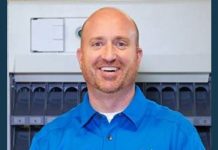 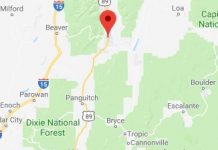