Utah Transit Authority said in an update Wednesday morning: “The train which derailed last night between 9:30 p.m. and 10 p.m. at 4th South and Main is in the process of being re-railed and moved back to the shop. UTA crews have been working all night under less than ideal weather conditions to resolve this matter.  They anticipate normal service will resume in the next few hours.”

An update at 7:50 a.m. said the work crew is having issues with the repair equipment which will slow the work down.

“It now appears it will take a few more hours than originally anticipated to rerail the train and return to normal service,” the update said.

When trains reach Gallivan there will be bus bridges to get riders from Gallivan to the Courthouse station and the Library Station. The same goes for trains heading north to Courthouse.

When they get to Courthouse, buses will help riders get to the Library Station (Red Line) and Gallivan so people can continue on the Blue and Green Lines. 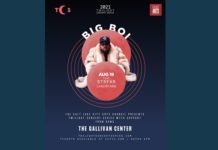