Nov. 13 (UPI) — Utah Jazz star center Rudy Gobert and Indiana Pacers big man Myles Turner were among four players fined by the NBA on Friday after the pair got into an altercation during Thursday’s game.

Gobert was issued a $35,000 fine for initiating the on-court scuffle, while Turner was fined $25,000 for escalating the incident, the league said in a news release. Jazz players Donovan Mitchell ($30,000) and Joe Ingles ($20,000) also were fined for their roles in the incident.

The scrum began after Gobert appeared to pull Turner down to the floor with him after Turner blocked Gobert’s shot at the rim late in the fourth quarter of Thursday night’s game. Turner responded by shoving Gobert in the back, which led the Jazz center to try and wrestle Turner to the ground.

The NBA said Mitchell received a fine for “escalating an on-court altercation by verbally taunting an opponent,” while Ingles was fined for “making inappropriate contact” with a referee during the incident.

After the game, Mitchell said the scuffle occurred because of built-up frustration over the officials allowing too much contact in the matchup.

“That whole thing could have been avoided — just draw the line early, as opposed to letting it build up for the whole game,” Mitchell said.

The Pacers earned a 111-100 win over the Jazz on Thursday at Vivint Arena. 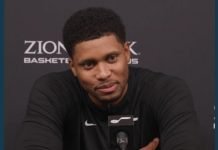 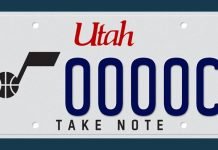