SALINA, Utah, Dec. 6, 2018 (Gephardt Daily) — Salina police are asking for the public’s help locating a man after an armed robbery at a gas station Tuesday night.

Police said the man approached the business from the back of the gas station, put a mask on and then went in the main entrance.

He fled after being given an undisclosed amount of cash.

The man is shown in surveillance photos from inside the gas station wearing a black beanie with a mask covering the lower part of his face, a black or navy Timberland jacket and black pants. One photograph shows him outside before he put the mask on.

Anyone who recognizes the man or has any further information about the robbery is asked to call Salina police dispatch at 435-896-6471. 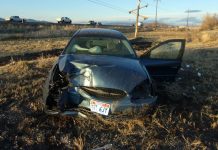 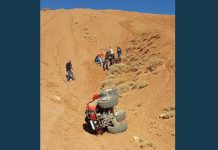 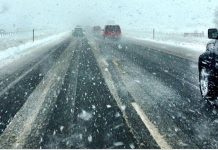