“It is an honor to continue as the Triple-A affiliate of the Angels and we are excited to watch the next wave of future Angels stars come through Salt Lake,” said Bees President Marc Amicone. “We can’t wait for the 2021 season to start and look forward to working with Major League Baseball under this new agreement to continue to provide fans a fun, affordable, family experience at Smith’s Ballpark.”

Salt Lake has been the top affiliate of the Angels since the 2001 season. During the 20-year affiliation players like Mike Trout, Griffin Canning, David Fletcher, Jered Weaver, Howie Kendrick, Chone Figgins, and Francisco Rodriguez showcased their talents at Smith’s Ballpark before going to play with the Angels, the news release said.

“We are excited to continue our partnership with the Salt Lake Bees organization and extend the longest-running affiliate relationship in Angels history,” said Angels General Manager Perry Minasian. “We are proud that the next generation of Angels stars will continue to call Smith’s Ballpark and Salt Lake City home for years to come.”

Each MLB Club will provide Minor League players and staffs to four affiliates, one at each of the Triple-A, Double-A, High-A and Low-A levels. The Bees will join the Rocket City Trash Pandas (Double-A), Tri-City Dust Devils (High-A) and Inland Empire 66ers (Low-A) in the Angels organization.

“We are excited to unveil this new model, which not only provides a pipeline to the Majors, but continues the Minor Leagues’ tradition of entertaining millions of families in hundreds of communities,” Commissioner of Baseball Robert D. Manfred, Jr. said. “In modernizing our Minor League system, we prioritized the qualities that make the Minor Leagues such an integral part of our game while strengthening how we develop professional athletes on and off the field. We look forward to demonstrating the best of our game throughout local communities, supporting all those who are working hard to grow the sport, and sharing unrivaled technology and resources with minor league teams and players.”

Additional information about the upcoming Bees 2021 season, including a schedule, coaching staff, roster and ticket information will be announced in the near future. 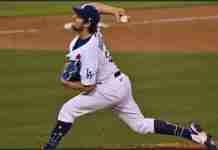 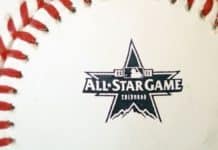 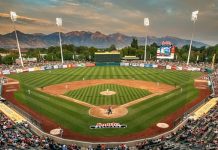 Smith’s Ballpark to return to full capacity May 27