More than 500 people attended the ceremonies, said a news release from the Salt Lake City Council.

“Today is a humbling day! I’m looking forward to applying everything I’ve learned from my work on the City Council as I head south down the hallway to the mayor’s office,” said Mendenhall, the former District 5 Council representative who was elected by voters in November to the mayor’s seat. “It is a major priority for me to foster a strong relationship between the legislative and executive branches of this city as we work together on the needs of our unique communities and residents.”

Council member Valdemoros’ election makes her the first Latina and woman of color, and the first minority candidate elected to the Council. The Salt Lake City Council unanimously appointed Valdemoros in January 2019 to replace Derek Kitchen after he was elected to serve as a Utah State Senator.

“In August 2018 I became a citizen,” said Valdemoros, whose oath was administered by Regan R. Duckworth. “Shortly thereafter I was able to participate as a voter in an election. Last November I was privileged to vote again; this time for myself. I am truly honored and grateful for all the opportunities that this amazing country has afforded me. The American dream is still alive. I look forward to continuing my representation of the diverse residents of District 4 and to work hard for all residents of our city.”

The oath of office for Council member Dugan was administered by Mansell. 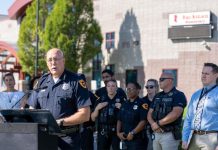 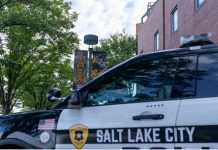 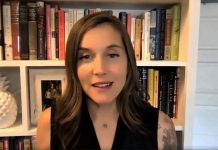