The call came 9:16 a.m., and crews arrived minutes later at the scene, 1415 S. Concord St. (about 1250 West). A lone caller had reported smoke coming from both the back and front of the structure.

“When they arrived, they did confirm there was smoke coming from both the back and front, and the house appeared to be unoccupied, but not necessarily vacant,” he said, adding that Salt Lake City fire crews “made an aggressive attack, and the fire was controlled within 10 minutes.”

Investigators were called in to assess the damage and determine how the fire started, and “investigators are still working to discover the cause,” Archuleta said, adding he was not sure if an owner had been located.

No firefighters were injured during the operation. 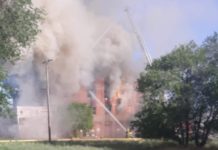 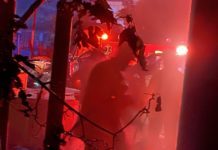