Edward Begley, 64, of Salt Lake City, is charged by federal criminal complaint with the following robberies, all of which occurred in Salt Lake City:

According to the affidavit in support of the complaint and federal arrest warrant, in the Tuesday, Dec. 8, robbery Begley was seen leaving the U.S. Bank in a newer, black Nissan sedan, said an FBI Salt Lake City Field Office news release.

“A Salt Lake City Police officer spotted a vehicle matching that description and, after a traffic stop, took the suspect into custody,” the news release said.

Begley was interviewed and confessed to Tuesday’s robbery, as well as admitting to robber at least two other banks and possibly more, according to the complaint.

Begley is scheduled to make an initial appearance in U.S. District Court in Salt Lake City on Friday.

“A criminal complaint is only an accusation of a crime, and all defendants should be presumed innocent until proven guilty,” the news release said. 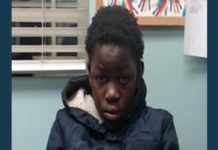