Salt Lake City Police Lt. Justin Hudson said the robbery occurred at about 7:30 p.m. when two men entered the store at 1252 W. 400 South and demanded cash from an employee.

The employee complied and gave them money from the till. The suspects then left in an unknown direction, Hudson said. No one was injured in the course of the robbery.

Police are still reviewing surveillance video of the incident, but Hudson provided the following description of the suspects:

Both are Hispanic males, believed to be adults.

One man — who had a small, black handgun — was wearing a red, puffy jacket, tan pants, and a black-and-white ski mask.

The other man, who had a Taser-like device, was wearing a brown, plaid shirt.

Anyone who has any information about this robbery, or who may know the suspects’ identities, is asked to call SLCPD dispatch at 801-799-3000. 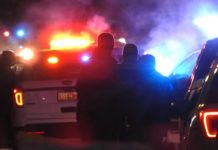 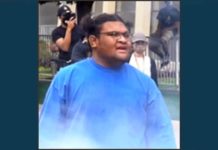