SLCPD Lt. Dave Cracroft told Gephardt Daily a 38-year-old man riding in an SUV was wounded in the gunfire on Redwood Road about 2 a.m. Cracroft said the shooting was the result of an argument over a stolen car, which, ironically, none of those involved in the incident actually owned.

Cracroft said the parties had met moments prior to the shooting at a 7-Eleven located at 1285 N. Redwood Road. The confrontation grew in intensity before people drove off, he said.

“They all got in their vehicles and left. A short while later a silver Ford Explorer or Mercury Mountaineer pulled up next to a white Dodge Durango and began firing.”

The man inside the Durango was shot in the arm. He was taken to Intermountain Medical Center with non-life threatening injuries, Cracroft said.

Investigators found four or five bullet holes in the Durango, but no one else was hit.

Detectives were examining surveillance video from 7-Eleven to try and identify those who may have been involved. 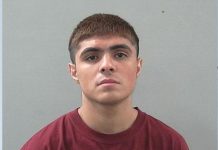 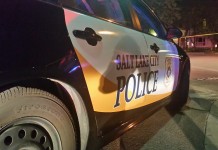