SALT LAKE CITY, Utah, Dec. 6, 2017 (Gephardt Daily) — The Salt Lake Police Department is seeking the public’s help as it searches for of a man wanted for threatening a police officer.

Information from the SLCPD states Jackie Sanchez, 61, was caught on surveillance and seen by witnesses repeatedly threatening an officer on July 28 of this year.

An officer with a K-9 was called to the scene after reports of a disturbance at the City and County Building. The officer spotted Sanchez and another man across the street, and approached them.

“The officer warned Sanchez about his aggression but ultimately had to deploy his K-9 in order to prevent further assault and take the suspect into custody,” the SLCPD statement says.

“The case has been screened, and Sanchez is wanted for his active warrants: assault against a police officer, interference with arresting officer, and disorderly conduct.”

Anyone with information about where Sanchez might be found is asked to call police at 801-799-3000. 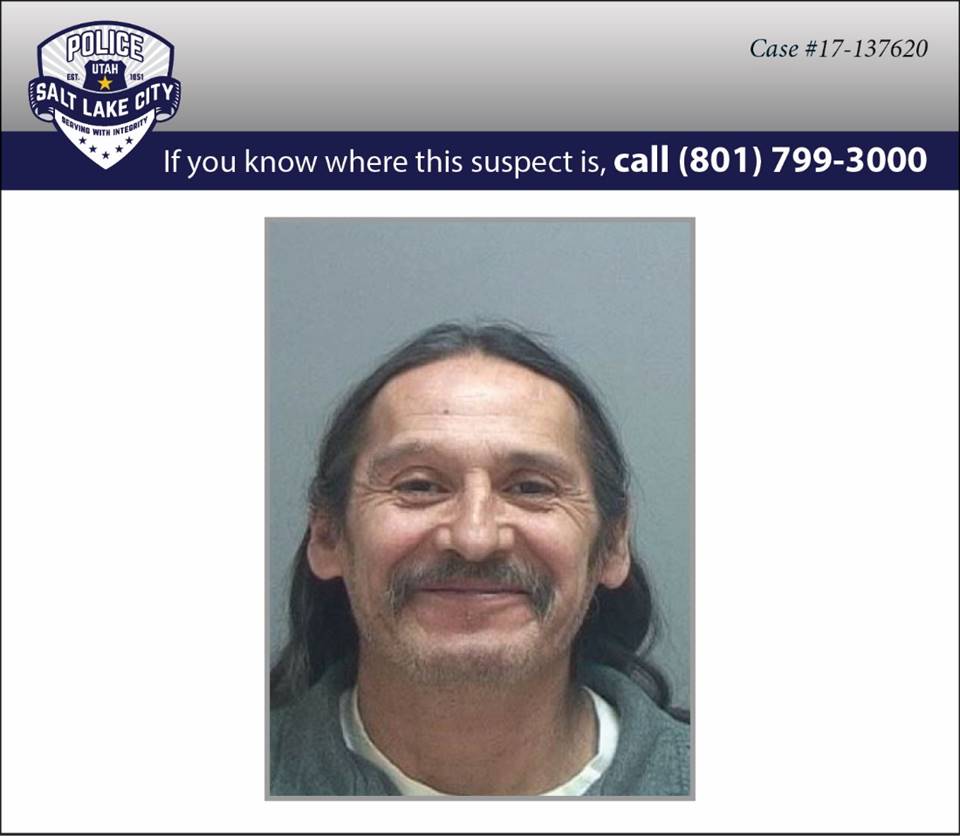