SALT LAKE CITY, Utah, Aug. 16, 2022 (Gephardt Daily) — The temperature hit 100 degrees at Salt Lake City International Airport for the 22nd time in 2022 on Tuesday, setting a new record for triple-digit days in a year, according to the National Weather Service.

It's a hot one. Tipping the scales at 100F for the day, KSLC checks in with a total of 22 days with triple digit temperatures for the year, exceeding the prior record of 21 days +tying the daily record high. Temperatures expected to hover in the upper 90s the next few days. #utwx pic.twitter.com/pEfRB0bjAX

No other triple-digit days are expected this week, with “temperatures expected to hover in the upper 90s the next few days,” the NWS tweeted. 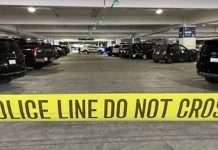 West Jordan man sentenced up to 20 years in prison for running over, killing wife at airport