The season will open with the Regional Premiere of “Oslo” by J. T. Rogers, winner of the 2017 Tony Award for Best Play and the 2017 Obie Award for Best New American Theatre Work. In October, the Stephen Sondheim musical thriller “Sweeney Todd: The Demon Barber of Fleet Street” will take the stage, followed by a sequel to Jane Austen’s “Pride and Prejudice,” “Miss Bennet: Christmas at Pemberley,” written by Lauren Gunderson and Margot Melcon.

In January, the theater will present “The Lion in Winter,” a look at the battle of wits between two legendary figures, Henry II and Eleanor of Aquitaine. Following that will be the musical love story “Once,” which won the 2012 Tony for Best Musical and Best Book, and the 2013 Grammy for Best Musical Theater Album. “Sweat,” the 2017 winner of the Pulitzer Prize for Drama, written by Lynn Nottage, will follow, and the season will conclude with the musical “Grease.”

“What most excited me about this season is that it brings a little bit of everything to our audiences,” said artistic director Karen Azenberg. “There are classic plays and musicals like ‘Grease,’ ‘The Lion in Winter’ and ‘Sweeney Todd,’ recent Broadway award winners like ‘Oslo,’ ‘Sweat’ and ‘Once,’ along with something really new and yet familiar, ‘Miss Bennett: Christmas at Pemberley,’ which is sure to become a new holiday favorite.”

Managing director Chris Lino said he hopes that audiences will find something new to love, too.

“Last season, we had the pleasure of seeing audiences attend a production they knew little about, such as Steve Martin and Edie Brickell’s ‘Bright Star’ or Jeff Talbott’s ‘i,’ and leave the theater excited by something altogether new to them,” he said. “We hope that theater-goers will find that unexpected new favorite among our selection for the 2018-2019 season.”

The theater will continue to present its Concert Production, as well as its popular Play-by-Play new play reading series. Titles for both will be announced at a later date.

For the 2018-2019 season, single ticket prices for musicals will range from $44-$66, and prices for non-musicals range from $30-$45. Season ticket options will continue to include a full Seven-Play, Pick-5, and Flex and Rush Pass options.

Packages and passes range in price from $150 to $325 and include the best seats and discounts, as well as the convenience of exchange privileges and other benefits.

Current season ticket holders will receive their renewal notices in April, and will have the opportunity to reserve their current seats as long as they do so by Friday, June 29. New subscriber orders will be filled in the order in which they are received.

The Seven-Play Package
Get tickets for all seven shows in the PTC season, and receive a discount of up to 30 percent, the ability to purchase the best seats before they go on sale to the general public, and a voucher good for free admission to “Oslo,” “Sweat,” “Miss Bennet: Christmas at Pemberley” or “The Lion in Winter.”

The Pick-5 Package
This option allows patrons to select any five shows in the season and receive both a season ticket discount and preferred seating. Pick-5 patrons may choose from any of the seven productions on PTC’s 2018-2019 season.

The Flex Pass
This season package provides patrons with $250 worth of credit redeemable at the discounted season ticket rate for any shows the patron wishes to see.

The $150 Rush Pass
This is a season pass that allows patrons to come to the theater an hour before any show and get the best available single ticket for that night, based on availability. The pass is good for all shows in the season, including musicals. The pass does not include concert or Play-By-Play tickets.

All packages include a discount on tickets, flexible exchange privileges, priority seating, the ability to purchase additional tickets to individual shows at a discount and prior to the general public, and an electronic subscription to eBackstage, PTC’s newsletter.

The series of Concert Productions will continue with three performances March 15 – 16, 2019, title to be announced. The titles and dates for our Play-By-Play new play reading series will also be announced at a later date. 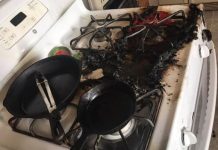 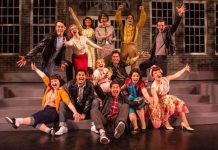 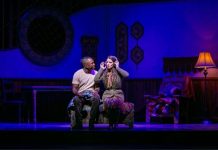