Rescuers were called out at 7:42 p.m. to a rescue that would take about four hours.

“The Salt Lake County Sheriff’s Search and Rescue Team was called out for two stranded skiers on the West Slabs,” a post from SLCSoSAR says.

“The skiers were in good health and spirits, but we’re experiencing a few different issues. Firstly, they were having some technical difficulties with their gear. Secondly, they had discontinued downward movement since the couloir they were in had frozen over due to lack of sunlight and dropping temps.”

Three teams were dispatched to provide food, warmth, rope gear and technical snow equipment for themselves and the patients, the SAR statement says.

“The teams on the mountain arrived at the patients, assessed the situation, and created a series of lowering systems to safely extricate the patients from the steep couloir. All teams were off the mountain by 1 a.m.”

The post noted that key points it hopes people will remember:

The Salt Lake County Sheriff’s Search and Rescue Team is a free service made up of more than 40 volunteers who are on call 24 hours a day, 365 days a year. 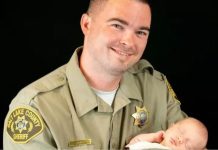 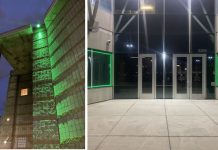